The End of the Year is Nigh

And in its death comes the renewed possibility of creativity. This was a very busy year for me and like many of us filled with highs and lows. Join me on this recap of my year and what the future may hold if I get my shit together! 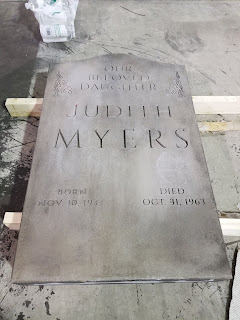 The year started off to a great start when I was hired as a Locations Asst. for the new Halloween movie (which at the time of filming was dubbed "Uncle Orange"). This high was short lived however, as on the first week of filming I stabbed myself in the palm of my left hand suffering only 1 hp of damage, but at least 2 pts of temporary Strength damage (my middle finger is still numb).

During the next 4 weeks me and my gimp hand tried our best to work as much as we could in the freezing months of January and February. During this time I was unable to write fully which begin a series of mental issues in the form of crippling self-doubt, that I've carrying forever probably, but seemed to manifest itself more this year than ever before. The last two weeks of filming, my hand was healed (though not fully) and soon we wrapped production on Halloween. Did you see the film? My GMC Jimmy in it! Best scene probably! 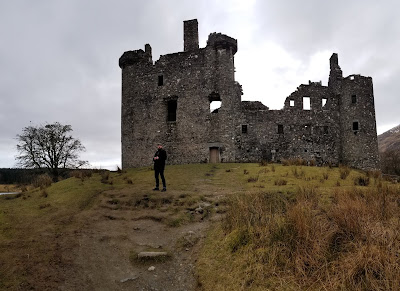 A week after filming, the lady and I took a trip to UK where I gained some much need XP and used those points to heal mentally, finding peace and tranquility in the Scottish Highlands and even stumbling upon an ancient caste that belong to the Campbell Clan (of whom were the protectors of the Thompson Clan).

So when I came back to the States I was ready to write! And write I did, for a time, until I was called to work on some commercials and then a shitty Hallmark movie and a little movie called Jungle Cruise and then some more commercials and then a crappy T.V. show. Now don't get me wrong, I like working in film (would I rather just be a screenwriter and get paid a ton of money sure), but the problem is that in order to do so I have to travel to SC or GA and then I don't get much time to write while I work.

After working for 4 weeks on a TV show called The Passage, the lady, her brother, and I went on a 6 week trip to Japan and Korea. After these six weeks I definitely think I received enough XP to level up (not sure what level though, maybe I'm 3rd lvl by now?) We saw many a great temple and even greater temple cats (of whom are the true harbingers of wisdom). Though that trip was magical, life altering (I want to live there) event, that has help my mental health if not my physical (I ate too many treats), after 6 weeks I was ready to go back to my house to be with my books and kitties and most importantly WRITE! 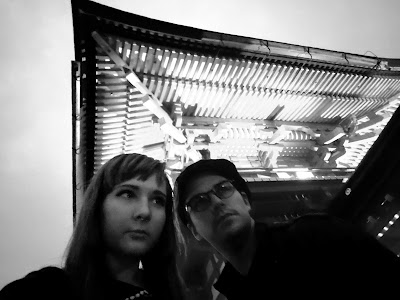 And so this brings us to the present, where in all possibilities stem forth to new and greater horizons! The first of which is to finish this damn adventure module I'm been writing forever, the second is to work on the many other projects I have stowed away in my mind. From board-games to new adventures, campaign setting, and screenplays. I want to do too much and I know it, but hopefully I have time on my side this year and I can make the best of it!

With the impending demise of G+ I will be adding social media links to the side bar of blogger encase you wish to follow me on multiple social media platforms were I'm sure to rambling endlessly. Below are the current ones (note I'm most active on twatter and even then not that much).