You can't have a Feudalistic Universe akin to Dune without having Great and Minor Houses filled with noble bloodlines fighting for resources and political gains. There also can't be nobles without house holds, which is why in this post I'll not only be discussing my ideas the Noble Born class but also for Creating a Great or Minor House.

Since all the characters controlled by players are in or connected to the same House, creating the House should be just as simple as creating the characters. Each House has a series of stats like ability scores that would include:
If you house has one stat 15 or higher it is considered a Great House, which may come with it's on benefits and drawbacks; otherwise it is consider a Minor House.

Along with these stats I thought about also including random tables (because those are always fun!) concerning the Size and Type of homeworld the Noble House is from. A Historic House Events table that would change the stats rolled for the House, etc and a Resources table to determine if you house is industrial or agricultural based or something else!

That's basically it, the players fill in the rest of the blanks for the House's background, etc, as it comes into play. 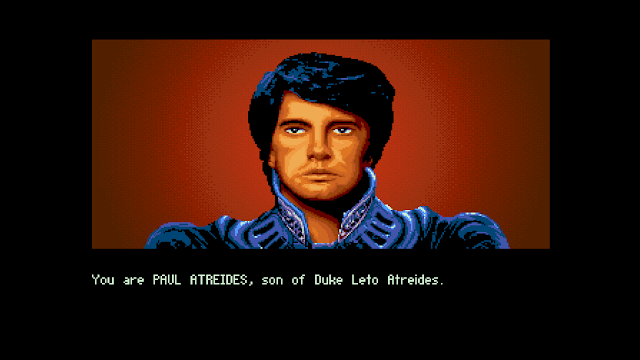 Unlike most of the other classes I was thinking the Noble Born class shouldn't just be one character, but three. After all in Dune you had Leto and Paul Atreides and the Baron Harkonnen and his two nephews! So why not the player controlling the House Nobles roll up 2 or three characters. These characters wouldn't be played all the time, just during certain story points in the campaign.

For the Judge it would make character assassination's intriguing as the Father Noble Born character is killed and the Son or Daughter must take his place.

But what makes the Noble Born class different from the others? First are two new skills shield fighting and statecraft.

Shield fighting is of course the most sophisticated fighting style in the Known Universe and is mostly known only to the Noble Born class and Swordsman class.

Statecraft would come in to play when the Noble Born has to command an operation or persuade the Landsraad and/or Emperor in his favor.


Weapon training: A noble-born’s alignment determines the type of weapons he has been trained in. Choose two from the weapons corresponding to your alignment.

Class skills: All Noble-borns are taught the art of shield fighting and statecraft.